While Charles Darwin gave us the theory of evolution in his ground-breaking work On the Origin of Species, the subject of this blog is etymology: the origin of words and how their meanings have changed over time.

This blog is not intended as an academic treatise on etymology. It does not give every single meaning of the words given below. It is intended as a light and playful skim of the surface rather a plunge into the depths of the meaning, history and origin of words.

On the origin of species and other words

The noun species comes from Latin species, which meant ‘a particular sort, kind or type’. In Late Latin, it also came to mean ‘a special case’. The Latin noun is related to the verb specere ‘to look at, to see, behold’. From the 1550s, species came to mean ‘appearance, outward form’, and by the 1560s it had evolved to mean ‘distinct class (of something) based on common characteristics’. The biological meaning of ‘species’ dates from c. 1600. The term ‘endangered species’ appears to date from 1964.

Did you know? The word ‘spice’ derives from the same Late Latin word species.

…and now we go alphabetical

Now that we’ve looked into ‘on the origin of species’, we’ll look at some other words.

I’ve chosen the theme of prefixes and compounds. A prefix is a group of letters, with a specific meaning, added to the beginning of a word to create a new word with a different meaning. The prefix un-, for example, added to the beginning of happy, changes the meaning to, in this case, its opposite: unhappy. Compound nouns comprise some or all of the letters of two separate words in combination.

This prefix derives from the Latin ante, meaning ‘before (in place or time), in front of, against’.

antechamber – a chamber, room or apartment through which access is gained to a principal apartment

ante meridiem – before midday. Most of us are familiar with the abbreviated form am, which is used in the example sentence below.

The king’s youthful groom of the stool looked up when the queen entered the antechamber on her way to the king’s private apartments.

The young parents attended antenatal classes to be ready for the birth of their twins.

What’s the opposite of ante-?

benefit – something beneficial or advantageous

The king’s beneficence was appreciated by all his medieval subjects.

A benefit of working from home is you don’t get caught in peak traffic.

He has a benign smile.

What’s the opposite of bene-?

The opposite of bene- is mal-.

This prefix comes from the Greek word kardia meaning ‘heart’. 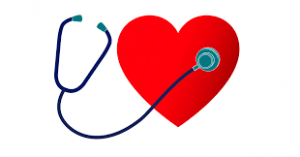 cardiometer – a device to measure the strength of the heart

cardiopulmonary – relating to the heart and the lungs

The cardiologist measured the strength of Sue’s heart using a cardiometer.

These prefixes derive from the Greek word deka meaning ‘ten’.

Decalogue – the Ten Commandments. The word originally came from the Greek dekalogos; later, in Latin, this became decalogus.

decagon – a polygon with ten angles and ten sides

A polygon with ten sides is called a decagon.

This is a shortening of ecology or ecological and refers to the environment and its relationship with human beings. It originates from the Greek oikos for ‘house, dwelling’.

ecofreak (that’s a good one!) – someone who is fanatical about conservation of the environment

ecology – the branch of biology dealing with the relationship of living organisms to their environment (Greek eco- + logos ‘word, reason, discourse’)

eco-friendly – causing limited or no damage to the environment

Sentence using the above:

Some people think Ben’s an ecofreak because he majored in ecology and he works for an eco-friendly organisation.

Franco- derives from the Medieval Latin word meaning ‘French’ or ‘the Franks’. From the early eighteenth century it has been used to form English compound words.

Francophobe – a person who has a morbid fear of the French

All Fred’s friends call him a Francophile because he visits France every year and he’s in love with France and the French.

Robert is a Francophobe who can’t stand France or the French.

People who speak French in Canada are called Franco-Canadians or Canadiens.

Deriving from the Greek word gastēr, this meant ‘stomach’.

gastroenteritis – inflammation of the stomach and intestines. You may have heard this abbreviated colloquially to ‘gastro’

Frank was having recurring problems with his digestion so his doctor referred him to a gastroenterologist.

I had to take two days off work because I had an attack of gastroenteritis.

Slugs and snails are gastropods.

From the Greek hydōr meaning ‘water’.

hydroelectric – electricity produced from the energy of running water

hydrogen – colourless, gaseous element. From the French hydrogène (Greek hydōr + Greek –genēs meaning ‘born’), coined in 1787 by French chemist L.B. Guyton de Morveau in reference to the generation of water from the combustion of hydrogen

hydroplane – motor-powered boat that glides on the surface of water, coined 1895 by U.S. engineer Harvey D. Williams. (Greek hydōr + Latin plānum ‘level surface’). As a verb, it was first recorded in 1962 meaning to ‘skid on a thin layer of water’ (especially of car tyres)

The Three Gorges Dam on the Yangtze River, China is the world’s largest hydroelectric dam, commissioned in 2008.

Hydrogen is a colourless gas and it is the lightest and most common element in the universe.

A hydroplane is a speedboat that rises out of the water when it reaches a certain speed.

From the Greek idio- meaning ‘private, separate, distinct’, this indicates peculiarity, isolation, or something pertaining to an individual person or thing.

idolatry – ‘the worship of idols’ or ‘excessive devotion to someone/something’

The English-language students looked at one another in astonishment when their teacher used the idiom ‘bite the bullet’.

Her idiosyncrasy was that she wore reading glasses when she didn’t need them.

His idolatry of the president is insufferable.

keratin – a  protein in the outer layer of the skin and in hair, nails, feathers, hooves, etc.

A horn is a permanent pointed projection on the head of various animals consisting of a covering of keratin and other proteins surrounding a core of live bone (Wikipedia).

When I had my skin cancer check recently, the specialist said not to worry as I only had a solar keratosis.

Did you know? The word cornea (the transparent membrane covering the front of the eyeball) is a Latin word related to the Greek keras.

If you’ve enjoyed reading about the origin of words like ‘species’, ‘ecofreak’ and ‘Francophile’, drop me an email.

I invite you to download my self-published eBook “Ten Ways to Super-Charge your Writing Skills! with bonus chapter on Self-Publishing”